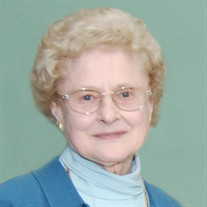 Dr. Barbara Ann Berfanger, 86, of Sanford, Florida, passed away Friday, July 26, 2019 at Central Florida Regional Hospital in Sanford. She was born June 5, 1933 in Indianapolis, Indiana, a daughter of the late John James and Dorothy K. (Moser) Berfanger. Dr. Berfanger’s life and legacy were about helping restore Catholic Postsecondary Education to its greatness. She was a 1951 graduate of St. John’s Academy in Indianapolis and earned a bachelor’s degree from the University of Georgia. Barbara completed her post-graduate work at the University of Maryland in 1972, earning a Doctorate in Education. She worked as the Executive Editor of Media Materials in Baltimore, MD from 1972 - 1988 writing textbooks and educational materials. In 1988, Dr. Berfanger’s tenure at St. Mary’s Academy and College, in St. Mary’s, Kansas, began as head of the English department; later Dean of the College and her last appointment was President of St. Mary’s College. Barbara was a brilliant, dedicated and faithful Catholic, who also worked tirelessly to secure Middle States Accreditation for St. Mary’s College; Her goal was to send great Catholic teachers out into the world to help “Instaurare Omnia in Christo” or “Restore all things in Christ”. Barbara was a great inspiration both spiritually and professionally to the thousands of families and children who knew her and were beneficiaries of her untiring work. In 2006, she retired to Lévis, Québec, Canada and in 2015 moved to Sanford, Florida where she was a member of the St. Thomas More Catholic Church. Those left to cherish Dr. Berfanger’s memory include her twin brothers, Jim (wife: Shirley) Berfanger of New Castle, and Joe (wife: Sharon) Berfanger of Mountain Home, Arkansas, and several nieces, nephews, great-nieces and nephews. She was preceded in death by two brothers, John B. and Francis Jerome “Jerry” Berfanger and two sisters, Catherine Marie Hanchett and Mary Jane Bruce. A Mass of Christian Burial will be offered at 11:00 am Saturday, August 3, 2019 at St. Anne Catholic Church with Father John Hall officiating. Burial will follow in St. Anne Cemetery. Visitation will be from 10:00 am until the time of service Saturday at the church. Arrangements have been entrusted to the care of Sproles Family Funeral Home. The family requests memorial contributions be offered to St. Anne Catholic Church. You may send the family a personal condolence at www.sprolesfamilycares.com. The Sproles family and staff are honored to serve the family of Dr. Barbara A. Berfanger.

The family of Dr. Barbara Ann Berfanger created this Life Tributes page to make it easy to share your memories.

Send flowers to the Berfanger family.