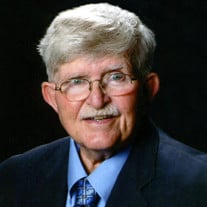 David Michael “Big Mike” Burch, 77, of Mt. Summit, passed away on the morning of Sunday, July 30, 2017 at Miller’s Merry Manor in Middletown. He was born on June 3, 1940 in Muncie, a son of the late Robert L. and Mary (Marshall) Burch. Mike lived in the Mt. Summit area most of his life. He was a 1958 graduate of Mt. Summit High School - Home of the Eagles - where he played baseball and basketball. In his junior and senior years, he enjoyed acting in class plays. Mike enjoyed his school and deeply appreciated his teachers and classmates, referring to his classmates as brothers and sisters. Mike loved the Mt. Summit community and the wonderful people who helped him as he was growing up. Following high school, he worked at Glasco Vending Machine Co and then Warner Gear. In 1966, he started at Culligan Soft Water and began his apprenticeship as a Journeyman Plumber. He worked for Oxley Soft Water for 17 years the last five as a salesman. In 1985, Mike went to work for Staton Ford Dealership as a salesman, and then with Goodwin Bros. Chrysler-Dodge-Plymouth-Jeep, Sam Pierce Chevrolet and later managed C&C Auto Sales. Mike served as the Prairie Twp. Trustee from 1976 until 2012 and three additional years as the assistant to the trustee. He was a member of the Mt. Summit Christian Church since 1944. He was baptized in 1957 and served as a Deacon, Elder, Trustee Board Chairman and Sunday School teacher. Mike was a 50-year member and past Master of the Sulphur Springs Masonic Lodge F&AM No. 348. He was a member of the Blue River Valley Optimist Club where he served as president many times and served as past president of the Henry County Memorial Park Board of Directors. He loved slow pitch softball, golf and the monthly Euchre Club with his best friends. Those left to cherish his memory include his loving wife, Deborah Baldwin Burch, whom he married on December 15, 2012; her parents, Guy and Karen Baldwin of Winchester; a granddaughter, Emily (husband: John) Saiz of Mt. Summit; great-grandchildren, Sophia (7) and Zachary (1); a brother, Robert (wife: Linda) Burch of New Castle; a nephew, Patrick (wife: Angie) Burch of Ft. Wayne; a niece, Shelley (husband: Brian) McKinney of Anderson; brothers-in-law, David (wife: Vickie) Baldwin and Douglas (wife: Lisa) Baldwin both of Winchester. Also surviving is his earth sister, Sara Harris (Gillian) Grodrian of Muncie; earth daughter, Loveda (husband: Steve) Jones of South Bend and their children, Allison and Christine (husband: Zac) Coudret; earth daughter, Melodie Donovan of Fishers, and their sons, Zachary and Casey, and earth daughter, Melanie (husband: David) Sims of Brownsburg, and their children, Andrew (wife: Olivia) Sims, Rebecca, Ryan and Ariane Sims. He was preceded in death by his parents and step-mother, Mary Elizabeth Burch. Funeral services will be held at 2:00 pm Friday, August 4, 2017 at the Mt. Summit Christian Church with Ben French officiating. Burial will follow in Mt. Summit Cemetery. Friends may call from 11:00 am until the time of service Friday at the church with a masonic memorial service at 1:45 pm. Memorial contributions may be offered to the Mt. Summit Christian Church for Camp Scholarships or Choir or Mt. Summit Volunteer Fire Dept. Arrangements have been entrusted to the care of Sproles Family Funeral Home. You may leave the family a personal condolence at www.sprolesfamilycares.com. The Sproles family and staff are honored to serve the family of Big Mike Burch.

The family of "Big Mike" Burch created this Life Tributes page to make it easy to share your memories.

Send flowers to the Burch family.