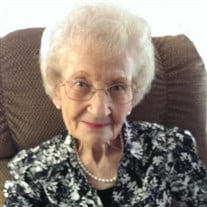 Clarice Beatrice Hart, 91, of Chattanooga, Tennessee, formerly of New Castle, Indiana, passed away peacefully, surrounded by family, on the afternoon of Saturday, November 11, 2017 at Erlanger East Hospital in Chattanooga, Tennessee. She was born on February 5, 1926 in Corydon, Indiana, a daughter of the late Clarence and Ethel (McCullum) Reneau. A graduate of the Class of 1944 from New Castle High School. She was employed for thirty-two years with Perfect Circle and Dana Corporation in Hagerstown and Richmond, Indiana. Clarice was married forty-three years to William J. Hart, from September 21, 1957 until his death in December 2006. She was a loving mother of two sons and four grandchildren. Those left to cherish her memory include her sons, Terry (wife: Zita) Hart of Chattanooga, Tennessee and Todd (wife: Debra) of York, South Carolina; grandchildren, Andrew, Stephen, Kaila and Taylor Hart; sisters, Sylvia Taylor of Vancouver, Washington, Shirley Razor of Geneva, Florida and Betty Tarr of Norwalk, Ohio; brothers, David Reneau of Ft. Wayne, Indiana and Paul Reneau of Blountsville, Indiana, along with numerous nieces and nephews. Along with her parents and husband, she is preceded in death by brothers, Lloyd, Raymond and Jesse Reneau; sisters, Helen Branham and Elizabeth Reneau. Funeral services will be held at 12:00 noon on Saturday, November 18, 2017 at Sproles Family Funeral Home. Burial will follow in South Mound Cemetery. Friends may call from 10:00 am until the time of the service at the funeral home. You may leave a personal condolence at www.sprolesfamilycares.com The Sproles family and staff is honored to serve the family of Clarice Hart.

The family of Clarice Beatrice Hart created this Life Tributes page to make it easy to share your memories.

Send flowers to the Hart family.