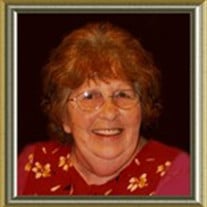 Connie L. Smith, 71, of Centerville, died Monday, August 04, 2008 in Reid Hospital following a brief illness. She was born April 3, 1937 in Randolph County, a daughter of the late English and Elizabeth (Wickett) Mullens. She was... View Obituary & Service Information

The family of Connie L. Smith created this Life Tributes page to make it easy to share your memories.