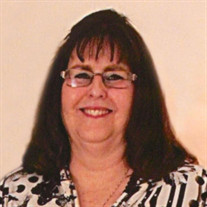 Deborah Ruth Spaulding, 74, of New Palestine, went home to be with the Lord on the afternoon of Saturday, February 5, 2022, at Community Hospital North in Indianapolis following a month and a few days of illness. She was born October 21, 1947, in Indianapolis, Indiana, a daughter of the late Howard and Leona Louise (Hopkins) Jones. Debbie began playing the piano at age four, and music would play an important role throughout her life. She was one of 39 members of her family to attend Olivet Nazarene University, where she sang in the Orpheus Choir and graduated in 1969. Debbie earned her master’s degree in Music Education at Butler University and was a music teacher for 39 years for Indianapolis Public Schools. Debbie was well-known for her outstanding Christmas plays at school. A highlight musically for Debbie was writing music for the song “I Hoped for an Angel” and recording it in Nashville, TN, at Watershed Recording Studio. Debbie was a long-time member of the Indianapolis First Church of the Nazarene, where she served as the church pianist for over 29 years. Debbie became a Christian early in her life and enjoyed promoting and sharing her faith with others. She was very smart, strong, and assertive but also tender-hearted and cared deeply for others. On August 12, 1967, Debbie married the love of her life, Max Spaulding, and together they enjoyed over 54 years of marriage. She was a wonderful wife, mother, mamaw, and friend. Those left to cherish Debbie’s memory include her loving husband, Max Spaulding; two children, Brandon Spaulding of New Palestine and Shelley (James) Goodall of Cumberland; three grandchildren, Kaylynn Spaulding, Brenden Spaulding, and Anthony Goodall; two sisters, Ella (Dave) Elwood of Columbus and Mary Martinson of Green Bay, WI, and several nieces and nephews. Funeral services will be held at 11:00 am Saturday, February 12, 2022, at Indianapolis First Church of the Nazarene, 9401 E. 25th Street, Indianapolis, Indiana, with Rev. Stan Martin officiating. Interment will follow at Washington Park East Cemetery. Friends may call from 5 – 8 pm Friday at the church. Arrangements are in the care of Sproles Family Funeral Home in New Castle. You may offer the family a personal condolence at www.sprolesfamilycares.com. The Sproles family and staff are honored to serve the family of Deborah Ruth Spaulding.

Deborah Ruth Spaulding, 74, of New Palestine, went home to be with the Lord on the afternoon of Saturday, February 5, 2022, at Community Hospital North in Indianapolis following a month and a few days of illness. She was born October 21, 1947,... View Obituary & Service Information

The family of Deborah Ruth Spaulding created this Life Tributes page to make it easy to share your memories.

Deborah Ruth Spaulding, 74, of New Palestine, went home to be...

Send flowers to the Spaulding family.