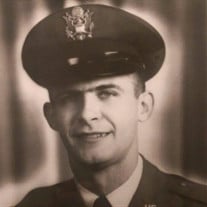 Douglas Doyle Walls, also known as Doug, and occasionally as "Dougie" by childhood friends, age 75, previously a resident of Bundy Court, New Castle, passed unexpectedly on November 28, 2015, while visiting his daughter in California. Survivors are his spouse, Margaret (Peggy) Poole Walls; daughter, Kim Walls Braden and spouse, Bert Braden of Santa Rosa, CA.; son, Erich D. Walls and spouse, Deborah Hueter Walls of Valparaiso, IN; grandchildren, Sonja and Alex Braden, Connor and Morgan Walls; brother, Stephen H. Walls and spouse, Jean Ann Walls, and many New Castle area nieces, nephews, and cousins. He was preceded in death by his parents, Frank and Dorothy Walls; grandparents, Chris and Julia Selke of New Castle, and sister-in-law, Linda Griffin Walls. Doug attended New Castle elementary schools and graduated in 1958 from NCHS Valedictorian of his class. He graduated from Purdue University majoring in Chemical and Nuclear Engineering in 1963 where he was a member and President of Kappa Sigma Fraternity. He earned a regular commission as a pilot from Purdue ROTC with the rank of 2nd Lt. in the US Air Force. He flew as captain and copilot for the USAF, separating with a rank of Captain and acting aircraft commander. While in the air force he flew with the 86th MATS from Travis Air Force Base with missions in Southeast Asia during the Vietnam conflict and was awarded the Air Medal for hazardous duty supporting combat troops. He flew with the 79th Aerospace Rescue and Recovery Squadron from Andersen Air Force Base on Guam. He participated in the Apollo 10 space mission as a splash-down support team member, as well as with the joint-expedition, Operation Polar Bear, to Antarctica with the US Navy. After separation from the USAF, Doug resided in Valparaiso, IN and flew for American Airlines for 27 years as copilot and captain based at O'Hare Int. Airport. He retired to Lake Wawasee, IN in 1999. In retirement, Doug was a champion chess player, expert target rifle marksman, member of the Fort Wayne Fencing Club, Tri State Pipe Club, and North Webster American Legion. He was a previous member of the New Castle BPOE and First Presbyterian Church of New Castle. He enjoyed sailing and living on Lake Wawasee, skiing in the Colorado Rockies and spending time with children, grandchildren, and friends. In recent years he suffered from Alzheimer's disease. A memorial service will be held on December 30, at 1:00 p.m. at the First Presbyterian Church of New Castle with lifelong friend, Rev. David Fleming officiating. His remains will be interred at South Mound Cemetery at a later date. A reception for family and friends will follow the service. Memorials can be sent to the First Presbyterian Church of New Castle, IN and the Wawasee Area Conservancy Foundation. You may send the family a personal condolence at www.sprolesfamilycares.com. Arrangements have been entrusted to the care of Sproles Family Funeral Home. The Sproles family and staff are honored to serve the family of Douglas Walls.

The family of Douglas Doyle Walls created this Life Tributes page to make it easy to share your memories.

Douglas Doyle Walls, also known as Doug, and occasionally as...

Send flowers to the Walls family.