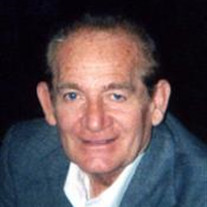 Edward J. Tarantino Sr., 83, of New Castle, passed away Monday, December 19, 2011 at The Woodlands in Muncie. He was born July 11, 1928 in Jersey City, New Jersey, a son of the late Edward and Antoinette (Pipi) Tarantino. Art was Ed’s life. He was a gifted artist and sign painter since his teenage years working mostly in New York and New Jersey for 50 years. He studied at the Pratt Institute and Cooper Union School of Art. His talent was diverse and he enjoyed painting oils, pastels, water colors, portraits, landscape and still life. He owned several art galleries and was the host of the television show, Uncle Ed’s Art Show, in Atlantic City, NJ. He moved to New Castle in 1995 to be with his son and together they owned, Tarantino Signs on Broad St. He was a dedicated Christian and wrote and distributed Christian literature. He is survived by his four children, Edward (wife: Carolyn) Tarantino of Middletown, Susan (husband: Frank) Mazetta of Caldwell, New Jersey, David (wife: Lore) Tarantino of Brigantine, New Jersey and Barbara (husband: Bob) Marks of Parsippany, New Jersey; two step-daughters, Lorelei Kitrick of North Carolina and Colleen McAloon of California; 11 grandchildren and one great-grandchild. In addition to his parents, he was preceded in death by his first wife, Anna Marie (Kretchman) Tarantino; a sister, Sabina Tarantino and by his wife, Opal (Clark) Tarantino. Funeral services will be held at 10:00 a.m. Friday, December 23, 2011 at Sproles Family Funeral Home with Pastor Jeff Johnson officiating. Burial will follow in Green Hills Memory Gardens. Friends may call from 4 – 8 p.m. Thursday at the funeral home. You may send the family a personal condolence at www.sprolesfamilycares.com. Sproles Family Funeral Home is honored to serve the family of Ed Tarantino.

The family of Ed J. Tarantino Sr. created this Life Tributes page to make it easy to share your memories.

Send flowers to the Tarantino family.