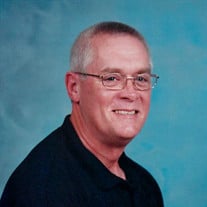 Eugene “Gene” DeWayne Selvidge, 66, of Mt. Summit, went home to be with the Lord on the evening of Monday, March 7, 2016 at IU Health Ball Memorial Hospital in Muncie following a courageous one year battle with cancer. Gene was born March 8, 1949 in Henry County, a son of the late Stanley Joseph Selvidge and Margaret J. (Widner) Selvidge who survives. Gene was a 1967 graduate of Spiceland High School. He served in the United States Marine Corps in Vietnam. In November, 1973 Gene married the love of his life, Anna Coffelt. He worked for Ford Motor Company in Indianapolis for 32 years retiring in 1999. Gene was a member of Cross Road Church in New Castle. He enjoyed watching westerns, especially John Wayne, and spending time outdoors working in his yard. His greatest joy came from spending time with his family. In addition to his mother of New Castle, Gene is survived by his wife of 42 Years, Anna R. (Coffelt) Selvidge; three children, Michelle L. (husband: Eric) Burkle of Midland, TX, Sonja (husband: Bill) Thornburgh of Mt. Summit and Eric Joseph Selvidge of Fishers; his grandchildren, Drew Burkle and Jackson, Abigail and Wyatt Thornburgh; a sister, Jannie (husband: Lee) Stone of Spiceland, a brother, Jerry (wife: Sandy) Selvidge of Cincinnati, OH and several nieces, nephews, aunts, uncles, and cousins. He was preceded in death by his father, Stanley Joseph Selvidge and a brother-in-law, Ron Brenneman. Funeral services will be held at 10:30 a.m. Saturday, March 12, 2016 at Cross Road Church in New Castle with Pastor Danny Douglas officiating. Burial will follow in South Mound Cemetery West Lawn Addition with military honors provided by contingents from the US Marine Corps, the American Legion and V.F.W. The family will receive friends from 4 - 8 p.m. Friday at Sproles Family Funeral Home and one hour prior to the service Saturday at the church. Memorial contributions may be offered to the American Cancer Society. You may send the family a personal condolence at www.sprolesfamilycares.com. The Sproles family and staff are honored to serve the family of Eugene Selvidge.

Eugene &#8220;Gene&#8221; DeWayne Selvidge, 66, of Mt. Summit, went home to be with the Lord on the evening of Monday, March 7, 2016 at IU Health Ball Memorial Hospital in Muncie following a courageous one year battle with cancer. Gene was... View Obituary & Service Information

The family of Eugene "Gene" DeWayne Selvidge created this Life Tributes page to make it easy to share your memories.

Send flowers to the Selvidge family.