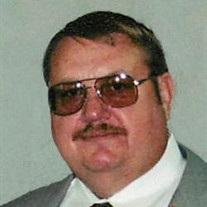 Frank Allen Stewart, 62, of New Castle, went to meet his Jesus, Monday, February 24, 2014 unexpectedly at his home following a long battle with Myasthenia Gravis. He was born September 28, 1951 in New Castle, a son of the late Jack B. and Ruth (Colyer) Stewart. Frank was 1970 graduate of New Castle Chrysler High School and had also attended Ivy Tech. He was employed at Chrysler Corporation in Kokomo where he was a member of the United Auto Workers Local 1116. Frank was a loyal and devoted member of the Cross Road Church where he was affectionately known as Brother Mustard Seed. He dearly loved his church family. Frank had a passion for animals. He fed squirrels and any stray animal that happened by and was known for his many bird feeders which enabled him to enjoy the many species of birds that came by to feed. He enjoyed fishing, gardening, cooking, collecting antiques, and was a die hard NASCAR fan and was an avid Dale Earnhardt, Jr. fan as well. Frank was happiest when he was able to give to someone less fortunate. Frank was a family man who enjoyed spending time with his family and he loved and adored his granddaughters. He is survived by his best friend and wife, Jeanette (Showalter) Stewart; son, Jackie (Erin Crawley) Stewart of Zebulon, North Carolina, Kevin (Nichole Campbell) Stewart, Jeremy (Jennifer Nipp) Showalter, and Larry Cowan all of New Castle; granddaughters, Lily Mereen Stewart, Kaelynn Cowan, Kindsey (husband: Austin) Howell, Makaelin and Karlee Swim; a great-grandson, Ain Howell; cousins, Robert Jr., Duane, Noel, Kelly, John and Jerry Stewart and his in-laws, Guy (Donna) Showalter, Cindy Sare and Joe (Lisa) Riggs. In addition to his parents, he was preceded in death by an infant daughter, Dawn Mereen Stewart. Funeral services will be held at 11:00 a.m. Thursday, February 27, 2014 at Cross Road Church, 2748 N. St. Rd. 3, New Castle with Pastor Danny Douglas officiating. Burial will follow in South Mound Cemetery. Family will receive friends from 4 – 8 p.m. Wednesday at Sproles Family Funeral Home. Memorial contributions may be offered to the Myasthenia Gravis Association. You may send the family a personal condolence at www.sprolesfamilycares.com. Sproles Family Funeral Home is honored to serve the family of Frank Stewart.

Frank Allen Stewart, 62, of New Castle, went to meet his Jesus, Monday, February 24, 2014 unexpectedly at his home following a long battle with Myasthenia Gravis. He was born September 28, 1951 in New Castle, a son of the late Jack B.... View Obituary & Service Information

The family of Frank Stewart created this Life Tributes page to make it easy to share your memories.

Send flowers to the Stewart family.