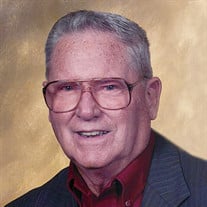 H. Rual Vincent, 89, of New Castle, went home to be with the Lord on the morning of Friday, September 22, 2017 surrounded by his loving family in his home. He was born December 6, 1927 in Whetstone, Kentucky in Cumberland County, a son of the late Hershel and Gladys (Cross) Vincent Brookshire. Rual was a 1946 graduate of New Castle High School and on August 29, 1946 he married his high school sweetheart and the love of his life, Essie Faye Lynch. He served in the National Guard from 1949-1953, where he was a Sargent E5 and squad leader of the Weapons Squad. Rual worked at Chrysler Corporation in the Forge Shop for 44 years and served in various offices of the UAW Local #371, including president in the early 1970’s. He played baseball and softball locally during and after high school and was a well-known and respected umpire throughout Indiana for several years. He was the last remaining original league manager of the New Castle Babe Ruth League, influencing many young men during his coaching career. Rual served in several capacities with the Babe Ruth League, holding Emeritus status as a board member. He was an avid bowler, rolling at least 3 sanctioned perfect games, the last when he was 72 years old in 1999. He was inducted into the Henry County Bowling Association Hall of Fame in 1977. He was a member of the Elks Lodge and the Eagles Lodge where he served as a trustee. Rual attended Park Place Community Church. Rual is survived by his loving wife of 71 years, Essie Faye Vincent; three children, Monte (wife: Judi) Vincent of Terre Haute, Myra (husband: Paul) Burk of Poplar Grove, IL, and Marla (husband: Bill) Vaughn of New Castle; seven grandchildren, Jay (Mindy) Vincent, Shad Vincent, Shannon (Bill) Wilkinson, Lucas Vaughn, Cailin Vaughn, Paul (Melissa) Burk, and Isaiah Burk; seven great-grandchildren, Ashley and Dusty Vincent, Brendan, Marc, Isaac, and Samuel Wilkinson and Gage Burk; and several nieces, nephews, and cousins. In addition to his parents, he was preceded in death by his step-father, Jesse Brookshire; his brother, Bernal Vincent, and his sister, Ruby Craig. Funeral services will be held at 2:00 pm Tuesday, September 26, 2017 at Sproles Family Funeral Home with Pastor Steve Hickman officiating. Burial will follow in Green Hills Memory Gardens. Friends may call from 4 - 7 pm Monday at the funeral home. Memorial contributions may be offered to the Babe Ruth League with envelopes available at the funeral home. You may send the family a personal condolence at www.sprolesfamilycares.com. The Sproles family and staff are honored to serve the family of Rual Vincent.

H. Rual Vincent, 89, of New Castle, went home to be with the Lord on the morning of Friday, September 22, 2017 surrounded by his loving family in his home. He was born December 6, 1927 in Whetstone, Kentucky in Cumberland County, a son of the... View Obituary & Service Information

The family of H. Rual Vincent created this Life Tributes page to make it easy to share your memories.

Send flowers to the Vincent family.