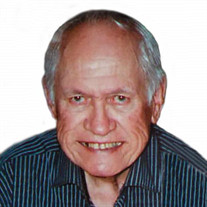 Herland J. Tabares, 92, passed away on the evening of Friday, February 9, 2018, at Plantation Key Nursing Center in the Florida Keys where he had been residing. Herland Jose Tabares was born on April 30, 1925 in Banes, Cuba, a son of the... View Obituary & Service Information

The family of Herland Jose Tabares created this Life Tributes page to make it easy to share your memories.

Herland J. Tabares, 92, passed away on the evening of Friday,...

Send flowers to the Tabares family.