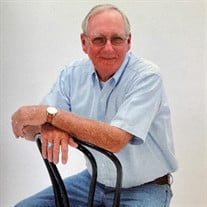 Ithal Raymond “Ray” Kinder, 76, of Muncie passed away peacefully on the afternoon of Saturday, November 20, 2021 at home surrounded by his family and lots of friends. He was born on June 17, 1945 in Morehead, Kentucky, the first born son of Lloyd Kinder and Ruby (Cooper) Kinder. Ray married the love of his life, Martha Ann Anderson, on September 5, 1964 and they celebrated their 57th wedding anniversary. They left Kentucky and moved to Indiana in 1966 where God blessed them with their one and only daughter, Sheila Renee’. He worked as a carpenter with the Gale Tschour Co for 10+ years and he was a former member of the Local 1016 Carpenters Union. Then from 1985 – 2007 he worked for Ball State University and after 22 years he retired. His favorite thing to do at Ball State was go to work early to make coffee before the work day started for all the guys he worked with. He was an avid University of Kentucky basketball fan, enjoyed NASCAR, and Jeff Gordon was his favorite driver. Ray loved to travel. Places he has traveled to has been St. Thomas, St. Martin, Bahamas, Hawaii, Dominican Republic & Grand Turks. He has even traveled by semi-truck out west to the state of Washington with his son-in-law. He wanted to fly back home but Tom had strict instructions from Martha not to let him, so he had to stay in the truck. After retirement Ray and Martha found a place out in Quartzsite, Arizona where they wintered from October to March for the last 13 years. They lived in 88 Shades RV Park where Ray was the maintenance man. In the park, they met numerous people from all over the country, that they now call friends. Four of the guys and Ray formed a team called the “We Team”. They worked in the RV Park to help anyone with anything they needed. Call the “We Team”. Most importantly to Ray was his faith and trust in God. Ray was saved on October 12, 1975 at True Light Baptist Church where he was a member all these years. He served as the church treasurer for over 20 years. He also was the jack of all trades; if you needed something done and done right Ray was the guy to get it done. He loved his church family and there was nothing he would not do for them. Those left to cherish his memory include his wife, Martha Kinder; daughter, Sheila Renee’ (husband: Tom) Reynolds; mother, Ruby Cooper Kinder; brothers, Dewey (wife: Mary) Kinder, Harold (wife: Wilma) Kinder and several nieces, nephews, aunts and uncles. He was preceded in death by his father, Lloyd Kinder; a brother, Leo Kinder and a sister, Virginia Littleton. In lieu of flowers memorial contributions may be made to the True Light Baptist Church Youth Fund. Funeral services will be held at 11:00 am, Wednesday, November 24, 2021 at True Light Baptist Church, 805 N Country Club Rd, Muncie, IN 47303 with Pastor Dennis Trimble and Pastor Ron Elam officiating. Burial will follow at Tomlinson Cemetery. Friends may call from 3 – 7 pm, Tuesday, November 23, 2021 at the church. You may send the family a personal condolence at www.sprolesfamilycares.com. The Sproles family and staff are honored to serve the family of Ray Kinder.

The family of Ithal Raymond Kinder created this Life Tributes page to make it easy to share your memories.

Send flowers to the Kinder family.