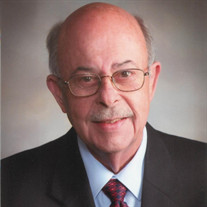 Jan F. Wright, 71, of New Castle, passed away peacefully on the evening of Tuesday, August 11, 2015 at The Waters of New Castle following a brief illness. He was born October 8, 1943, in New Castle, the son of the late Jean (Bolen) and John Thomas Wright. Jan was a graduate of Knightstown High School and attended Tri-State College in Angola, Indiana. He retired in 2009 after serving Ameriana Saving Bank for 37 years. During his tenure with Ameriana, he served as the Chief Underwriter in Mortgage Lending and was also in charge of branch operations for several years. Jan retired as Senior Vice-President of Commercial Lending and was honored to serve Ameriana and develop many business friendships around the state. Jan worked with the Home Builders Association, Realtor Organizations and served as Chairman of the Junior Executive Conference of the Indiana Savings and Loan League. He was a member of the Greensboro Lodge No. 175 F&AM, former President of Henry County Shrine Club, a member of Henry County Motorized Rat Patrol Unit, Scottish Rite Temple and Murat Temple in Indianapolis, Elks Lodge #484, Loyal Order of Moose and Eagles Lodge of New Castle. Jan enjoyed golfing and attending sports events for his grandchildren. He was an avid Colts fan and enjoyed spending time in Florida. He is survived by his wife and best friend, Ann Stearns Wright; his son, Christopher (wife: Annie) Wright of Straughn; his daughter, Cindy Flaningam (fiance’: Jeff Koontz) of Princeton; three grandchildren, Ashley Nicole Wright, Ethan Ross Flaningam and Eric David Flaningam. Funeral services will be held at 10:30 a.m. Monday, August 17, 2015 at Sproles Family Funeral Home with Rev. Gene Bennett officiating. Burial will follow in Glen Cove Cemetery in Knightstown. The family will receive friends from 2 – 6 p.m. Sunday at the funeral home with a Masonic memorial service at 6:00 p.m. and an Elk Lodge memorial service at 6:30 p.m. Memorial contributions may be made to the Shriners Burn Unit or the Shriners Crippled Children’s Fund with envelopes available at the funeral home. You may send the family a personal condolence at www.sprolesfamilycares.com. The Sproles family and staff are honored to serve the family of Jan Wright.

Jan F. Wright, 71, of New Castle, passed away peacefully on the evening of Tuesday, August 11, 2015 at The Waters of New Castle following a brief illness. He was born October 8, 1943, in New Castle, the son of the late Jean (Bolen) and John... View Obituary & Service Information

The family of Jan F. Wright created this Life Tributes page to make it easy to share your memories.

Send flowers to the Wright family.