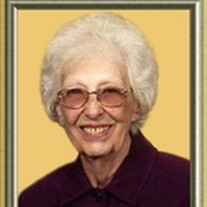 Jane C. Wendell, 78, of New Castle, died Monday evening in her home following a brief illness. She was born February 15, 1930 in Indianapolis, a daughter of the late Jacob R. and Elsie (Bruce) Roberts. Jane was a graduate of Arsenal Technical High School in Indianapolis and married H. Lester Wendell on May 21, 1950. For 40 years she worked with her husband in his chiropractic practice in Forestville, New York as the office manager. In 1991 they retired and moved to New Castle to be near family. She was a member of the First Presbyterian Church where she was active in PEO and Presbyterian Women. She was a member of the Eastern Star and Home Bureau Extension while in New York. She enjoyed sewing, quilting, and reading and loved her Cocker Spaniels and flowers. She found much joy playing the organ and being with her family, especially her great-grandchildren. She is survived by her husband of 58 years, H. Lester Wendell; a son, Steven (wife: Sallie) Wendell of Plainfield; a daughter, Pamela (husband: James) Powell of New Castle; five grandchildren, Michelle (husband: Arty) Lanzer of New Castle, Jennifer (husband: Jeff) Lye of Indianapolis, Brian Hopkins of New Castle, David (wife: Megan) Wendell of Camby, and Doug Wendell of Plainfield; four great-grandchildren and 10 step-great-grandchildren. She was preceded in death by her parents; a brother, James R. Roberts, a great-grandson, Matthew Lye and a great-granddaughter, Brianna Hopkins. The funeral service will be held at 11:00 a.m. Friday, September 19, 2008 at Sproles Family Funeral Home with the Rev.’s Rex Espiritu and Art Whitaker officiating. Burial will follow in South Mound Cemetery Westlawn Addition. Friends may call from 4 – 8 p.m. Thursday at the funeral home. Memorial Contributions may be made to the First Presbyterian Church Women’s Association with envelopes available at the funeral home. You may send the family a personal condolence at www.sprolesfamilycares.com.

Jane C. Wendell, 78, of New Castle, died Monday evening in her home following a brief illness. She was born February 15, 1930 in Indianapolis, a daughter of the late Jacob R. and Elsie (Bruce) Roberts. Jane was a graduate of Arsenal... View Obituary & Service Information

The family of Jane C. Wendell created this Life Tributes page to make it easy to share your memories.

Send flowers to the Wendell family.