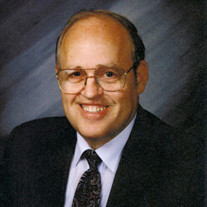 Rev. Kenneth Eugene Cowen, 83, of New Castle, Indiana, went home to be with the Lord on the morning of Monday, May 23, 2022. He was born on June 2, 1938 in Columbia, Missouri, a son of the late Dr. C.E. Cowen and Helen Jane Cowen. Kenneth grew up in Overland Park, KS where his father served as President of Kansas City College and Bible School. Kenneth graduated in 1956 from Overland Christian High School, in 1982 from KCCBS and in 1989 he graduated from Mid America Nazarene University with a teaching degree. He met Mary Root at KCCBS and they were married on April 14, 1984. In 1994 they moved to Westfield, Indiana where Kenneth taught and served as the Dean of Students at Union Bible College until 2000. Kenneth also touched many lives pastoring through the years in Celina, OH, Macon, MO, Boonville Church of God Holiness and Brush Arbor Church of God Holiness in Missouri where he retired in 2014. During his teaching and pastorate, he also worked in various paper printing positions, construction, Merriam Kansas Police Department and security for Trans World Airlines. He enjoyed entertaining and hosting many friends and family at their home on Lake Taneycomo near Branson, MO. Those left to cherish his memory include his children, Dawn Elaine (Jack) Hayward, John D. (Linda) Root, Michael D. (Gayle) Root, Carol (Phil) Mattingly and Robert “Bob” J. (Natalie) Root; 17 grandchildren; 23 great-grandchildren; sisters, Eleanor (Jeff) Maddox, Juanita (Gene) Chavez, and Carolyn Thomas; sister-in-law, Kathy Cowen and several nieces and nephews. In addition to his parents, he was preceded in death by his first wife, Susie Cowen; second wife, Mary Louise Root Cowen; daughter, Mary L. Root; special great-grandsons, Kinsler Tate Mattingly and Gabriel Root; a sister, Margaret Neden; a brother, Albert Cowen; brothers-in-law, Danny Thomas and Wayne Neden. Memorial contributions may be offered to Gideons International for Bibles. www.gideons.org/donate Funeral services will be held at 2:00 pm, Monday, June 6, 2022 at Sproles Family Funeral Home in New Castle with Pastor Ron Coleman officiating. Burial will follow at Brick Cemetery in Hagerstown. Service will be live streamed and you may watch by clicking here. Friends may call from 12:30 pm – 2:00 pm prior to the service at the funeral home. You may send the family a personal condolence online at www.sprolesfamilycares.com. The Sproles family and staff are honored to serve the family of Rev. Kenneth Cowen.

Rev. Kenneth Eugene Cowen, 83, of New Castle, Indiana, went home to be with the Lord on the morning of Monday, May 23, 2022. He was born on June 2, 1938 in Columbia, Missouri, a son of the late Dr. C.E. Cowen and Helen Jane Cowen. Kenneth... View Obituary & Service Information

The family of Rev. Kenneth Eugene Cowen created this Life Tributes page to make it easy to share your memories.

Send flowers to the Cowen family.