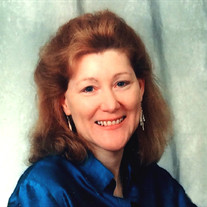 Laura Jean (Smith) Curtis, 54, of Staunton, Virginia, formerly of New Castle, passed away early Saturday morning, April 2, 2016 following a lengthy but courageous battle with cancer. She was born April 16, 1961 in New Castle and grew up attending New Castle Schools. After graduating from Taylor University, Laura moved to Charlottesville, VA and while there earned a Master’s Degree in Special Education from the University of Virginia. She taught in Albemarle County Schools for several years. Laura always loved the Caribbean and moved to the Cayman Islands where she taught for two years. She then settled in Staunton, VA where she enjoyed being an artist. Throughout her life Laura was passionate about working with young children and caring for animals, especially her cat, Diamond. Those left to cherish her memory include, three sisters, Cathy (husband: Bob) Osborne of Cincinnati, OH, Robin Abbott of Austin, TX and Kim Sievers of Evansville, IN; a step-daughter, Emily Curtis of New York City, NY; a sister-in-law, Jeanie Smith of New Castle, IN; an aunt, Nancy Bertsche of Woodburn IN; an uncle, Donald Smith of East Wenatchee, WA and several nieces and nephews. Laura was preceded in death by her parents, Dr. Mark and Janice Smith in 1989; a brother, David Smith in 2008 and a daughter who died in infancy, Amie Smith, in 1979. Funeral services will be held at 1:00 p.m. Saturday, April 9, 2016 at Sproles Family Funeral Home with Janet Modjeski officiating. Burial will follow in South Mound Cemetery West Lawn Addition. Friends may call from 11:00 a.m. until the time of the service Saturday at the funeral home. Memorial contributions may be made to the Dr. Mark and Jan Smith Scholarship Fund in care of the Henry County Community Foundation with envelopes available at the funeral home. You may send the family a personal condolence at www.sprolesfamilycares.com. The Sproles family and staff are honored to serve the family of Laura Jean (Smith) Curtis.

The family of Laura Jean Curtis created this Life Tributes page to make it easy to share your memories.

Send flowers to the Curtis family.