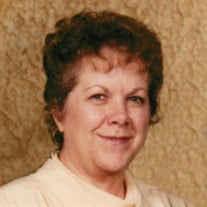 Liliane (Kummer) Helfrich, 87, of Indianapolis, passed away on the evening of Tuesday, June 1, 2021, at Southpointe Healthcare Center in Indianapolis. On January 8, 1934, she was born in Lichtenau, Germany, a daughter of the late Wilhelm and Sophie (Fessenbecker) Kummer. Growing up in Germany, Liliane worked for her aunt, who owned a hotel in Baden Baden. Liliane met the love of her life, Thomas William Helfrich, a US soldier stationed in Germany, whom she married on May 21, 1957, in Karlsruhe, Germany. Liliane enjoyed traveling, listening to German music, dancing to polka, working word search puzzles, and reading magazines. She was a giver who always made sure everyone was well fed when you visited. She loved playing Yahtzee. She especially loved visiting with her friends at the Heidelberg Haus Café. Every night she had to have her spritzer, which was club soda and wine. Those left to cherish Liliane’s memory include two grandchildren, Thomas Haney (fiancé: Sam Cantor) and Nicole Haney (fiancé Jerome Shaw) both of Indianapolis; four great-grandchildren, Brent, Brayden, Bentley, and Arianna; a brother, Heiner (Rosemarie) Kummer of Germany; six sisters, Hannel (Ted) Buchmann of Olympia, WA, Ria (Neil) Forte of Vero Beach, Florida, Doris (Phillip) Mossor of Radcliff, KY, and Elisabeth (Bill) Culbertson of Fort Thomas, KY, Christa (John) Newman of Greenwood, Elfie (Mike) Baker of Albany, LA and many beloved nieces and nephews, including her caregiver, Robert “Bob” Helfrich of Indianapolis. In addition to her parents, she was preceded in death by her husband of 36 years, Thomas William Helfrich, on September 2, 1993; her only child, Heidi (Mike) Anderson, on April 16, 2010, and four brothers, Karl, Kurt, George, and Wilhelm Kummer. Funeral services will be held at 1:00 pm Tuesday, June 8, 2021, at Beech Grove Independent Nazarene Church, with Pastor Don Bates officiating. Burial will follow in Memorial Park Cemetery. Friends may call from 12:00 pm until the time of the service Tuesday at the church. You may send the family a personal condolence at www.sprolesfamilycares.com. The Sproles family and staff are honored to serve the family of Liliane Helfrich.

Liliane (Kummer) Helfrich, 87, of Indianapolis, passed away on the evening of Tuesday, June 1, 2021, at Southpointe Healthcare Center in Indianapolis. On January 8, 1934, she was born in Lichtenau, Germany, a daughter of the late Wilhelm and... View Obituary & Service Information

The family of Liliane Helfrich created this Life Tributes page to make it easy to share your memories.

Liliane (Kummer) Helfrich, 87, of Indianapolis, passed away on...

Send flowers to the Helfrich family.