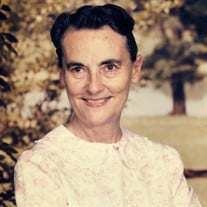 Mary Ellen Raines, 88, of New Castle went home to be with the Lord on Wednesday, February 16, 2022, at home surrounded by her family. Mary was born on May 4, 1933 in Lansing, Michigan, a daughter of the late Roy and Helen (Cornwell) Bush. She met the love of her life, Richard Raines at a roller skating rink and they were married on January 1, 1954. “He met me going in circles and I kept him going in circles ever since.” Mary served alongside her husband for 55 years as a pastor’s wife and missionary in Grand Bahama, Dominica, Michigan and Blind River, Ontario, for 28 years. She was an active member of the Pilgrim Holiness Church in New Castle, Indiana. Mary was an avid children’s ministry worker and in her later years, she had an encouragement ministry that included phone calls, sending cards and praying for people. Those left to cherish her memory include five children, Tom Raines, Linda (husband: Don) Davison, Don (wife: Sharon) Raines, Rob (wife: Lydia) Raines and Cheryl Belcher; 17 grandchildren and 21 great-grandchildren; a brother-in-law, Dick Shirely; a sister-in-law, Dora Metzmaker; adopted brother-in-law, Darwin Lamoreaux; nephews, Rob Shirely, Joe Shirely, Bill Bush Jr. and numerous other nieces and nephews. In addition to her parents, she was preceded in death by her husband, Richard Raines in October 2021; a son-in-law, Samuel Belcher; great- grandson, Ervin Samuel Tyson; sister, Jenny Shirely; brothers, Ronald Bush, Robert Bush, William Bush and a nephew, David Metzmaker. In lieu of flowers, memorial contributions may be made to the Pilgrim Holiness Missions with envelopes available at the funeral home. Funeral services will be held at 3:00 pm, Sunday, February 20, 2022 at Sproles Family Funeral Home with Pastor Don Raines officiating. The service will be live streamed by clicking here to watch. Friends may call from 1 – 3 pm prior to the service on Sunday at the funeral home. A graveside service will be held at 10:00 am, Tuesday, February 22, 2022 at South Mound Cemetery West Lawn Addition in New Castle. You may send the family a personal condolence at www.sprolesfamilycares.com. The Sproles family and staff are honored to serve the family of Mary Ellen Raines.

Mary Ellen Raines, 88, of New Castle went home to be with the Lord on Wednesday, February 16, 2022, at home surrounded by her family. Mary was born on May 4, 1933 in Lansing, Michigan, a daughter of the late Roy and Helen (Cornwell) Bush. She... View Obituary & Service Information

The family of Mary Ellen Raines created this Life Tributes page to make it easy to share your memories.

Mary Ellen Raines, 88, of New Castle went home to be with the...

Send flowers to the Raines family.