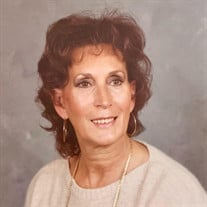 Paula Louise (Barker) Millard of Bristol, Tennessee, passed away peacefully on Sunday, March 13, 2022, at home. She was 94 years old. On April 19, 1927, Paula was born in Lime Hill, Washington County, Virginia, the daughter of the late Millard... View Obituary & Service Information

The family of Paula Millard created this Life Tributes page to make it easy to share your memories.

Send flowers to the Millard family.