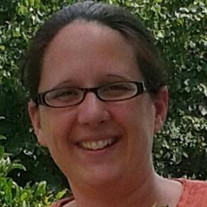 Rachel Grace Cutler, 30, of Sheridan, and a missionary to the orphan children of Lesotho, Africa, unexpectedly went home to be with Jesus on Tuesday, November 17, 2015 following injuries sustained in an automobile accident while in South Africa. She was born June 19, 1985 in Bloemfontein, South Africa, a daughter of Gary and Mary (Smith) Cutler. Rachel graduated from Union Bible Academy and College in Westfield, earning an Associate’s Degree in Missions in 2010. She felt a calling to the work in Lesotho in 2008 and first went as a missionary there in 2011. She was most recently appointed as a missionary under the ICHA, International Conservative Holiness Association. Rachel had a warm and winsome smile and her life revolved around loving and caring for people, whether they were her friends here in America or orphaned children living in poverty in Africa. Those left to forever cherish Rachel’s memory are her parents, Gary and Mary Cutler of Sheridan, her siblings, Philip (wife: Ruby) Cutler of Pangasinan, Philipines; Matt (wife: Cameo) Cutler of Carmel, Anna (husband: Nathaniel) Forto of Sheridan; 12 nieces and nephews, her maternal grandmother, Ruth Smith of Fairfield, IL and several cousins, aunts and uncles. She was preceded in death by her grandparents, John and Rosalie Cutler and Ralph Smith. Funeral services will be held at 1:00 p.m. Saturday, November 28, 2015 at Union Bible College, 434 S. Union St., Westfield, IN, 46074, with Pastor Ron Stevens officiating. Burial will follow in Spencer Cemetery in Sheridan. The family will receive friends from 4 – 8 p.m. Friday and one hour prior to the funeral Saturday at Union Bible College. Arrangements have been entrusted to the care of Sproles Family Funeral Home in New Castle. The family would prefer memorial contributions be made to ICHA Missions for the work in Lesotho. You may send the family a personal condolence at www.sprolesfamilycares.com. The Sproles Family and staff are honored to serve the family of Rachel Cutler.

Rachel Grace Cutler, 30, of Sheridan, and a missionary to the orphan children of Lesotho, Africa, unexpectedly went home to be with Jesus on Tuesday, November 17, 2015 following injuries sustained in an automobile accident while in South Africa. She... View Obituary & Service Information

The family of Rachel Grace Cutler created this Life Tributes page to make it easy to share your memories.

Rachel Grace Cutler, 30, of Sheridan, and a missionary to the...

Send flowers to the Cutler family.