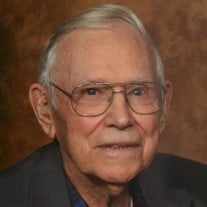 Ray Alford Pierce, 91, of New Castle, went home to be with the Lord, on the afternoon of Saturday, September 20, 2014 at St. Vincent Hospital in Indianapolis. He was born April 15, 1923, in Jennings County, Indiana, a son of the late Merle and Emma Pierce, and was raised in the Westport area where he enjoyed visiting often. Ray graduated high school in Zenas, Indiana in1941 and attended Hanover College. He received his Bachelors Degree from Indiana Central University and his Masters Degree from Ball State University. He was a member of Gamma Sigma Pi fraternity. An award winning teacher, he taught Chemistry, Physics and Mathematics at Tri High School and also in Straughn, New Lisbon and Lewisville schools. Early in his professional career, Ray worked as an Engineer with General Motors. He was instrumental in designing headlamp lenses replacing the old round type with those that spread light beams over the roadways. He earned the whopping sum of $1.00 per hour for his labor. He loved people and especially enjoyed visiting with his former students. Never one to be idle, he was a woodworker, as well as a “tinkerer”. Ray also farmed most of his life, and currently was raising a garden. At the age of 85 years old, he was putting a new roof on his shed and fell off the roof. When his great-niece found him lying in the garden, he told her that he had just gotten tired and decided to lie down. Ray loved the Lord. People would often say that he had an aura of Godliness about him. He especially loved praying with people and he and his wife, Jill, had a ministry of visiting people who were homebound. He was a longtime member of Foursquare Church in New Castle where he had taught Sunday school and also served as a board member at Agape School. He is survived by his wife, Jill Wasson Pierce; a nephew, Charles (wife: Caralee) McKay of Selma; his niece, Norma (husband: Paul) Walls of Perris, California; several great-nieces and nephews; his step-daughters, Susan (husband: Les) Moore of Hagerstown, Wendy Root of Port St. Lucie, Florida; step-son, Bill Wasson of Straughn; seven step-grandchildren and his dear and special friends, Don and Shirley Biehl, Marti and D.R. Shuck and Terry and Kathy Irwin. In addition to his parents, he was preceded in death by his first wife, Lorraine Pierce in 2008; twin sons, Ray and Rex Pierce and his brothers, Harold Pierce and Raymond McKay. Funeral services will be held at 10:00 a.m. Thursday, September 25, 2014 at Sproles Family Funeral Home with Pastor Jim Becker officiating. Graveside services will follow at 2:00 p.m. in Westport Cemetery, Westport, Indiana. The family will receive friends from 4:00 – 8:00 p.m. Wednesday at the funeral home. You may send the family a personal condolence at www.sprolesfamilycares.com. The Sproles family and staff are honored to serve the family of Ray Pierce.

Ray Alford Pierce, 91, of New Castle, went home to be with the Lord, on the afternoon of Saturday, September 20, 2014 at St. Vincent Hospital in Indianapolis. He was born April 15, 1923, in Jennings County, Indiana, a son of the late Merle... View Obituary & Service Information

The family of Ray A. Pierce created this Life Tributes page to make it easy to share your memories.

Send flowers to the Pierce family.