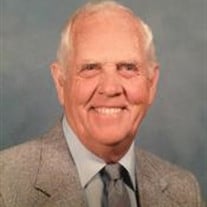 Robert “Bob” Laverne Whitton, 88, passed away early the morning of October 25, 2012 surrounded by his loving family. He was born October 17, 1924 in Rush County, a son of the late Fay and Anna (Pitts) Whitton. Bob was raised by his uncle and aunt, Miller and Georgia (Ellis) Whitton after his mother’s passing when he was an infant. He attended school in Rushville and after graduation joined the U. S. Army serving his country during WWII. After returning home from his tour of military service he married the love of his life, Mary Ann Gorman on September 10, 1945 and they had three children together. Bob relocated his family to Los Angeles, California where he worked for the L.A. Department of Water and Power until he retired in 1987 and they moved back to New Castle. He was a member of the Elks Lodge of New Castle and was an avid sports fan, enjoying the Indiana Pacers and the Indianapolis Colts. He was for many years a season ticket holder for the New Castle Trojans basketball team. He also loved auto racing and was a huge NASCAR fan and was very involved with his daughters in quarter midget racing. He is survived by his children, Jerry (wife: Maryan) Whitton of Riverside, California and Deborah Whitton of New Castle; six grandchildren, Matthew Varney of Lexington, Kentucky, Miranda Varney of Denver, Colorado, Megan Varney of Ridgecrest, California, Tim Whitton of Anaheim Hills, California, Michelle Whitton Cardwell of Menifee, California and Greg Whitton of Riverside, California; five great-grandchildren, Nicholas and Courtney Cardwell of Menifee, California, Ruby Anne Varney of Lexington, Kentucky, Sullivan Nyholm of Ridgecrest, California and Dominic Whitton of Riverside, California; a sister, Mary Olive Johnson of Ft Wayne and brother, Fay (Gene) Whitton of Atlanta, Georgia. In addition to his parents, he was preceded in death by his wife, Mary Ann (Gorman) Whitton; a daughter, Anne Marie Varney; his uncle and aunt, Miller and Georgia (Ellis) Whitton and sister, Norma Eileen Whitton. Funeral services will be held at 11:00 a.m. Monday, October 29, 2012 at Sproles Family Funeral Home with Deacon Russ Woodard officiating. Burial will follow in St. Anne Cemetery with military honors. Friends may call from 10:00 a.m. until time of service on Monday at the funeral home. Memorial contributions may be made to the St. Anne Church funeral dinners with envelopes available at the funeral home. You may send the family a personal condolence at www.sprolesfamilycares.com. Sproles Family Funeral Home is honored to care for the family of Bob Whitton.

The family of Robert "Bob" Whitton created this Life Tributes page to make it easy to share your memories.

Send flowers to the Whitton family.