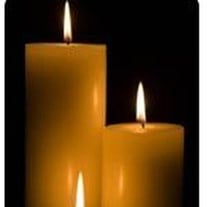 Samuel M. Patterson, 96, of Shirley, formerly of Alexandria, VA, went home to be with the Lord on Friday, July 25, 2014 at Kindred Transitional Care and Rehabilitation in Greenfield. He was born January 11, 1918 in Washington, Pennsylvania, a son of the late Samuel and Tessie (Engle) Patterson. Samuel served in the U.S. Army Air Corps and was stationed in London, England during WW II. He retired from Kroger Corporation where he worked for many years as a warehouseman. Samuel lived for many years in Florida and Alexandria, Virginia until recently moving to be close to his son, Jim. He is survived by a son, Jim (wife: Lois “Beannie”) Patterson of Shirley; a daughter, Kathleen (husband: Bert) Lawrence of Olney, England; three grandchildren, Michele (husband: Jeremy) Attwood of Olney, England, Alison (husband: Lee) Watkins of Wednesbury, England and Paul (wife: Tracey) Lawrence of Bricket Wood, England; nine great-grandchildren and by his longtime companion, Eva Babanes’ daughter, Mary Ann (husband: Dave) Bugler of Windsor, Ontario, Canada. He was preceded in death by his wife, Evelyn Patterson in 1985; longtime companion, Eva Babanes, three months ago; three sisters, Tessie Cox, Alta Betty Mounts and Mildred Moore and by a step-daughter, Jacquelyn Buzzelli. Samuel will be interred in Charlotte Memorial Gardens in Punta Gorda, Florida. There are no public services planned. Arrangements have been entrusted to the care of Sproles Family Funeral Home in New Castle. You may send the family a personal condolence at www.sprolesfamilycares.com. Sproles Family Funeral Home is honored to serve the family of Samuel Patterson.

Samuel M. Patterson, 96, of Shirley, formerly of Alexandria, VA, went home to be with the Lord on Friday, July 25, 2014 at Kindred Transitional Care and Rehabilitation in Greenfield. He was born January 11, 1918 in Washington, Pennsylvania,... View Obituary & Service Information

The family of Samuel M. Patterson created this Life Tributes page to make it easy to share your memories.

Send flowers to the Patterson family.