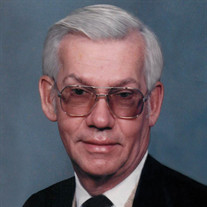 Shelby W. Conatser, 78, of Muncie, went home to be with the Lord on the evening of Sunday, October 12, 2014 at IU Health Ball Memorial Hospital following an extended illness. He was born July 21, 1936 in Jamestown, Tennessee, a son of the late Osco and Ada (Sewell) Conatser. Shelby was a graduate of the Alvin C. York Institute in Jamestown, Tennessee and had also earned a certificate in Electronics from Indiana University. He served his country in the United States Army where he was a mail carrier during the Cuban Missile Crisis. Shelby worked for 32 years as an inspector at the Chevrolet-Muncie plant, retiring in 1993. He enjoyed reading especially the Organic Gardening magazine and used the information he learned in raising a garden every year and caring for his plants and flowers. Shelby loved to fish and it was often said that if Shelby could not catch a fish, no one else needed to try. While a member at Grace Baptist Church, he served many years as an usher and also for 25 years in the bus ministry and every week he would go door to door in the neighborhoods of Muncie inviting children to church. Shelby was most recently a member of the Fellowship Baptist Church in Muncie. Survived by his wife of 38 years, Delia “Dee” (Bell) Sciscoe Conatser; a step-son, Ronald (wife: Barbara) Sciscoe of Muncie; a step-daughter, Linda Sciscoe (husband: JW) Blankenship of Lawrenceburg; eight grandchildren; several great-grandchildren, nieces and nephews; three brothers-in-law, Dillard Bell, Howard Bell and J.D. Bell all of Muncie. In addition to his parents, he was preceded in death by a stepdaughter, Cathy Schuck; three brothers, Dow, Doyle and Troy Conatser and several brothers and sisters-in-law. Funeral services will be held at 1:00 p.m. Thursday, October 16, 2014 at the Fellowship Baptist Church, 2204 S. Macedonia Ave, Muncie with Pastor Ron Elam and JW Blankenship officiating. Burial will follow in Elm Ridge Cemetery in Muncie. The family will receive friends from 5 – 7 p.m. Wednesday at the church and one hour prior to the service. You may send the family a personal condolence at www.sprolesfamilycares.com. The funeral arrangements have been entrusted to Sproles Family Funeral Home, New Castle. The Sproles family and staff are honored to serve the family of Shelby Conatser.

Shelby W. Conatser, 78, of Muncie, went home to be with the Lord on the evening of Sunday, October 12, 2014 at IU Health Ball Memorial Hospital following an extended illness. He was born July 21, 1936 in Jamestown, Tennessee, a son of the late... View Obituary & Service Information

The family of Shelby W. Conatser created this Life Tributes page to make it easy to share your memories.

Send flowers to the Conatser family.