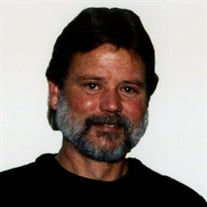 Steven “Stan” W. Stanley, 55, of New Castle, passed away on the afternoon of Sunday, September 6, 2015 at home following a short illness. He was born June 23, 1960 in New Castle, a son of Tom and Donna (York) Stanley. Stan was a 1978 graduate of Walter P. Chrysler High School. He began working as a teenager for Joe Dietz mowing yards and various other jobs typical of a young man his age. After working for Ingersoll Steel for a few years, Mr. Dietz then encouraged Stan to become an electrician and after doing so, he worked for Dietz Electric. Stan became a journeyman electrician and joined the International Brotherhood of Electrical Workers (IBEW), Local 855 in Muncie where he enjoyed a relationship covering 18 years. He spent a year in Afghanistan as a private electrical contractor working for the United States Government. Stan enjoyed target shooting, camping and NASCAR racing. He was a member of the Eagles Lodge, the American Legion and the VFW, all in New Castle. Stan was a member of Holy Trinity Lutheran Church of New Castle. If Stan said you were a good guy, then you were a good guy! He is survived by his mother, Donna Stanley of New Castle; his daughter, Mandy Miller of Muncie; two granddaughters, Addison and Isla Miller of Muncie; two brothers, Dean Stanley of Conroe, Texas and Ron Stanley of Broomfield, Colorado; his nieces, Kristen Stanley of Colorado and Gabby Stanley of Texas; his nephews, Austin Stanley of Colorado and Thomas Stanley of Texas; an uncle, Russell Stanley of Tennessee; his aunts, Barbara York of Muncie and Cathy Ballard of Middletown, Ohio; many special friends, especially Dwayne Clemens and Sue Pippin. He was preceded in death by his father, Tom Stanley in 2010; his grandparents and several aunts and uncles. Funeral services will be held at 11:00 a.m. Friday, September 11, 2015 at Holy Trinity Lutheran Church, 535 S. 14th St., New Castle with Pastor Bill Chamberlin officiating. A private burial will take place at the convenience of the family. The family will receive friends from 4 – 8 p.m. Thursday at Sproles Family Funeral Home. You may send the family a personal condolence at www.sprolesfamilycares.com. Memorial contributions may be offered to the charity of the donor’s choice. The Sproles family and staff are honored to serve the family of Stan Stanley.

The family of Steven "Stan" W. Stanley created this Life Tributes page to make it easy to share your memories.

Send flowers to the Stanley family.