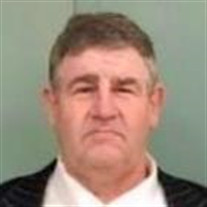 Terry Lynn Adams, 53, of Greenfield, was called home to heaven unexpectedly early Friday evening, September 13, 2019 at home after struggling with recent health issues. He was born November 20, 1965 in Anderson, Indiana, a son of the late Howard Harold and Barbara Ann (Kingen) Adams. Terry grew up in Ingalls and attended Central Covenant Academy in Knightstown and Anderson Covenant Academy during high school. He married the love of his life, Rosemarie Lopez, on December 3, 1983. Terry was a member of the Ingalls Volunteer Fire Department for 14 years. He was self-employed and owned Terry’s Lawn Care and Snow Removal. Terry was caretaker of the John T. Hatfield Camp, located east of Greenfield, where he also served as secretary of the board. He was very outgoing and never knew a stranger. He loved to talk and always had a story to tell. Terry loved to fish and hunt and was an avid Facebook user. Terry was a 17-year member of the Wesleyan Christian Church in Indianapolis. Those left to cherish Terry’s memory include his wife of almost 36 years, Rose Adams; a son, Blake Adams of Greenfield; two brothers, Virgil Adams of Spencer and Harold W. (Teresa) Adams of Fortville; a sister, Lucinda Adams of Anderson and several cousins, nieces, and nephews. In addition to his parents, Terry was preceded in death by an infant daughter, Mary Martha Adams; his grandparents, Justice and Zelpha Martha Kingen and by his father and mother-in-law, Inocencio and Ruthmary Lopez. Funeral services will be held at 11:00 am Wednesday, September 18, 2019 at Greenfield Wesleyan Church, 400 S. Noble St. Greenfield, Indiana, with Pastor J.C. Phillips officiating. Burial will follow in McCray Cemetery in Wilkinson. Friends may call from 4 - 8 pm Tuesday at the church and one hour prior to the funeral Wednesday at the church. Arrangements have been entrusted to the care of Sproles Family Funeral Home in New Castle. Memorial contributions may be offered to the John T. Hatfield Camp. Mailing address, 725 East Iowa St. Indianapolis, Indiana 46203. You may send the family a personal condolence at www.sprolesfamilycares.com. The Sproles family and staff are honored to serve the family of Terry Lynn Adams.

Terry Lynn Adams, 53, of Greenfield, was called home to heaven unexpectedly early Friday evening, September 13, 2019 at home after struggling with recent health issues. He was born November 20, 1965 in Anderson, Indiana, a son of the late... View Obituary & Service Information

The family of Terry Lynn Adams created this Life Tributes page to make it easy to share your memories.

Terry Lynn Adams, 53, of Greenfield, was called home to heaven...

Send flowers to the Adams family.