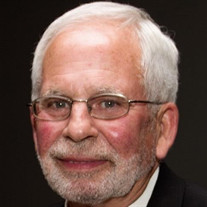 Thomas Wayne Gordon, 65, of Hagerstown, passed away on the evening of Wednesday, August 12, 2015 at IU Health Methodist Hospital in Indianapolis, Indiana. Mr. Gordon was born September 23, 1949 in Greensburg, Indiana, a son of the late Wayne E. and Donna S. Gordon. He attended Greensburg and Sandusky schools and resided in Decatur County until 1963 when the family moved to Hagerstown. He was a 1967 graduate of Hagerstown High School. Mr. Gordon was a graduate of Indiana University in Bloomington where he was a member of Delta Upsilon fraternity and had also completed graduate studies at Ball State University. Following two years of teaching high school, Mr. Gordon elected to join the family business, Gordon Petroleum Products, in 1973 and remained there the next 42 years until his retirement in 2015. Mr. Gordon was active in local politics and had held several offices. He was a member of the Hagerstown Town Council for 15 years and had served as president. He was Police and Fire Commissioner, served on the Hagerstown Plan Commission, Board of Zoning Appeals, and Library Board. He also served on the Nettle Creek School Board for 11 years and served as president. Furthermore, he was a veteran, serving his country with the United States Army Reserve. He was a member of the Congregational Christian Church in Hagerstown where he held various positions of leadership. In addition to being active in local politics, Tom loved working with kids and volunteered for a combined 15 years as a coach for Little League and Colt League/Babe Ruth baseball, as well as Junior High basketball. In 2002, his 15-year-old all-star team won the state title and advanced to the Babe Ruth World Series, one of ten teams in the nation to do so. Tom was a family man and loved spending time with his family and enjoyed attending his children’s sporting events. He was mechanically inclined and could be counted on to repair most anything. He also liked motorcycles and enjoyed working on them, was an avid reader and was fond of animals. Tom was also a pilot and participated in the local flying club. Mr. Gordon is survived by his devoted wife of 40 years, Charlotte (Ellison) Gordon, his sons, Andrew Gordon, David (wife: Ashley) Gordon and Benjamin (wife: Krista) Gordon, all of Indianapolis; a brother, James (wife: Lourdes) Gordon of New Castle and numerous family and friends. A Gathering and Celebration of Life will take place from 1pm to 4pm Sunday, August 23, 2015 at “The Meeting Place” in the McCullough Building, 11 East Main Street in Hagerstown. There will be a private family service with burial following in West Lawn Cemetery in Hagerstown. The Sproles Family Funeral Home, New Castle, has been entrusted with the arrangements. Memorial contributions may be offered to the Nettle Creek School Corporation or the American Cancer Society. The Sproles family and staff are honored to serve the family of Mr. Thomas Gordon. Remember friend as you pass by, As you are, once was I. Low as I am, you will be, So prepare yourself to follow me.

Thomas Wayne Gordon, 65, of Hagerstown, passed away on the evening of Wednesday, August 12, 2015 at IU Health Methodist Hospital in Indianapolis, Indiana. Mr. Gordon was born September 23, 1949 in Greensburg, Indiana, a son of the late Wayne... View Obituary & Service Information

The family of Thomas Wayne Gordon created this Life Tributes page to make it easy to share your memories.

Thomas Wayne Gordon, 65, of Hagerstown, passed away on the evening...

Send flowers to the Gordon family.