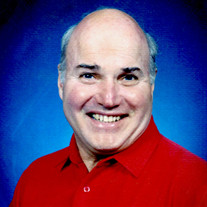 On February 10, 2017, Thomas C. Ondercin, Jr., 78, of New Castle, passed away peacefully at home from complications of Alzheimer's Disease. He leaves behind a family that is grateful to have known and loved him, heartbroken to have lost him, and joyful that he is at peace in Christ. Tom was born on August 2, 1938 in Uniontown, Pennsylvania to Thomas, Sr. and Margaret Ondercin. He was a 1956 graduate of Monaca High School and a 1966 graduate of Allegheny Technical School. He served his country honorably in the Army from 1963 to 1967. During his career, he worked for Ingersoll Steel and Philco Ford. He retired in 2007 from Allegheny Ludlum Steel Corporation after 29 years of service as a maintenance repairman and was a proud member of United Steelworkers of America Local 8535. He was a member since 1967 of St. Anne Catholic Church in New Castle. Tom was a deeply-rooted family man and married his beloved wife, Mary Schumacher Ondercin on July 22, 1967. Together, they were devoted and enthusiastic parents to their daughter, Shelley, and later embraced her husband, Tim, as their beloved son-in-law. Two of Tom’s greatest joys in life arrived in the form of his grandsons, Timothy, Jr. (T.J.) and Isaiah. From the moments of their births, Tom was completely smitten and dedicated himself to running, playing, chasing, biking, and generally reveling with his two young protégés. Throughout his life, Tom was a shining example of quiet, dedicated service to others, whether his family, friends, or strangers. His service occurred in many settings, including charitable work with St. Vincent DePaul Society, lay ministry with St. Anne’s, or serving as a "band dad" with NCCHS Marching Band. Tom experienced life's simple pleasures with enthusiasm. This was evident through his love of Slovak food (especially desserts); his penchant for exploring favorite local stores while greeting all he met along the way; his love of bird watching and gardening with his wife; and his enjoyment of impromptu trips with his daughter or, later, grandsons, to the park to feed the ducks. The family would like to extend their sincere gratitude to Tom’s caregivers from Senior Helpers, including Jessika, Kimmy, and Kylie, as well as his caregivers from Hospice of Henry County and the staff of the Henry County Public Library who always made sure he had books. Thank you also to the countless extended family, friends, and community members who made sure to visit, call, and check in on Tom, Mary, and their family during his illness. The gift of your time, concern, and prayers was deeply precious to him and to us. Tom leaves to cherish his memory his wife, Mary, daughter and son-in-law, Shelley and Tim Jackson, grandsons, T.J. and Isaiah Jackson, brother, Robert Ondercin (Carol), brother in law, Charles Schumacher (Barbara), niece Jen Schumacher (Josh Waxman), nephews Douglas Ondercin and Michael Schumacher (Erin), great-niece Emily Schumacher, great-nephew Asher Waxman, as well as aunts, an uncle, and many cousins. He was preceded in death by his parents, Thomas, Sr. and Margaret, as well as aunts and uncles. Memorial contributions may be offered to St. Anne Catholic Church or the Alzheimer’s Association www/alz.org/Indiana. Visitation will take place at Sproles Family Funeral Home, 2400 South Memorial Drive, New Castle, on Thursday, February 16, 2017 from 4:00 p.m. to 8:00 p.m. with prayer service at 7:30 p.m. A Mass of Christian Burial will be celebrated at St. Anne Catholic Church, 102 North 19th Street, New Castle on Friday, February 17, 2017 at 11:00 a.m. with Father John Hall presiding. Tom will be laid to rest in St. Anne Catholic Cemetery in New Castle with Military Honors provided by contingents from the US Army and the American Legion and VFW. You may send the family a personal condolence at www.sprolesfamilycares.com The Sproles family and staff are honored to serve the family of Thomas Ondercin.

On February 10, 2017, Thomas C. Ondercin, Jr., 78, of New Castle, passed away peacefully at home from complications of Alzheimer's Disease. He leaves behind a family that is grateful to have known and loved him, heartbroken to have lost him,... View Obituary & Service Information

The family of Thomas C. Ondercin Jr. created this Life Tributes page to make it easy to share your memories.

Send flowers to the Ondercin family.